Is there a full moon? Or are things just bat shit crazy this week at the Garvin household for no good reason?  It has been a rise & shine at 5:45 am kinda week so far, with a shattered nailpolish on the bathroom floor, a broken fridge & far too many time-outs to count. I made the mistake of attempting a low key day at home yesterday because it rained all day, which was clearly a poor decision as the afternoon came & went without a single sign of anyone taking a nap. Harper was bouncing off the walls, which were closing in on us already, and I think we all finally decided that back to school doesn’t sound so bad afterall.

Three cheers getting out of the house first thing this morning. See that big, beautiful coffee in there? Now picture what it looks like sprawled out on the pavement after I folded the stroller up with it still in there. 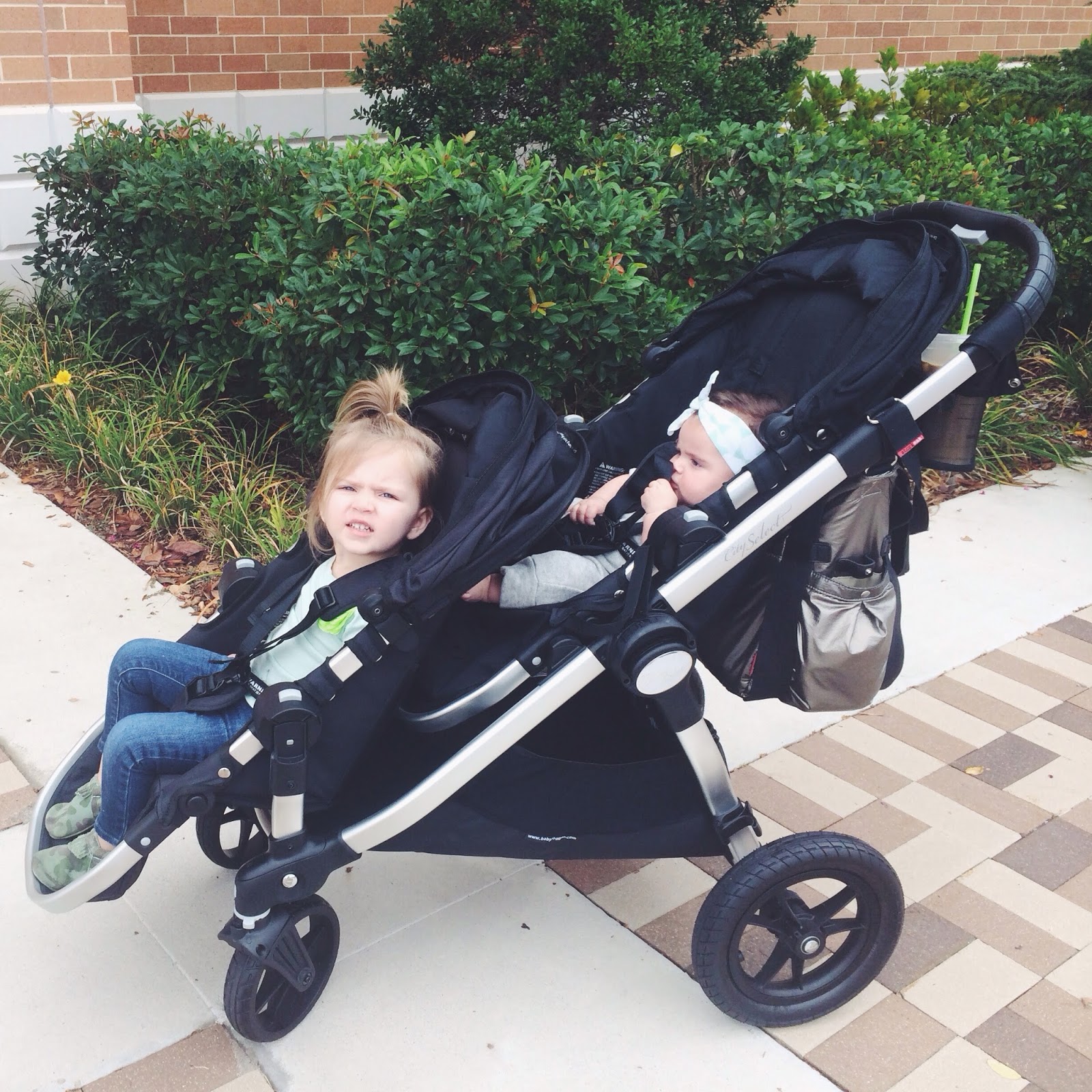 Baby Jogger City Select Double Stroller (which I love more than words can say, and I promise the girls do too, despite their less than enthusiastic expressions above, who even knows what face Harper is making)

Eloise has regressed with her sleep, although I guess we all saw that coming since it was never really that great to begin with. And Harper has regressed with potty training. She has been doing great for the last few weeks but all of a sudden since this weekend she is really protesting. She’s also been protesting naps & going to bed at night, I think the terrible twos are showing up for the party.

Ten minutes later.
Me: Ok, it’s time for nap.
Her: I HAVE TO GO POTTY!

But then Harper called her top knot a “pop tart” & I think that was just what I needed.

And in the midst of all the chaos, miss Eloise rolled over! I has just gotten both girls dressed & put her on her back in her crib while I picked up a few things in the room. Harper was standing by her crib talking to her & she just rolled over like it was nothing. She seemed pretty proud of her little self. And of course I had to snap a pic because look at those eyes!! 😉 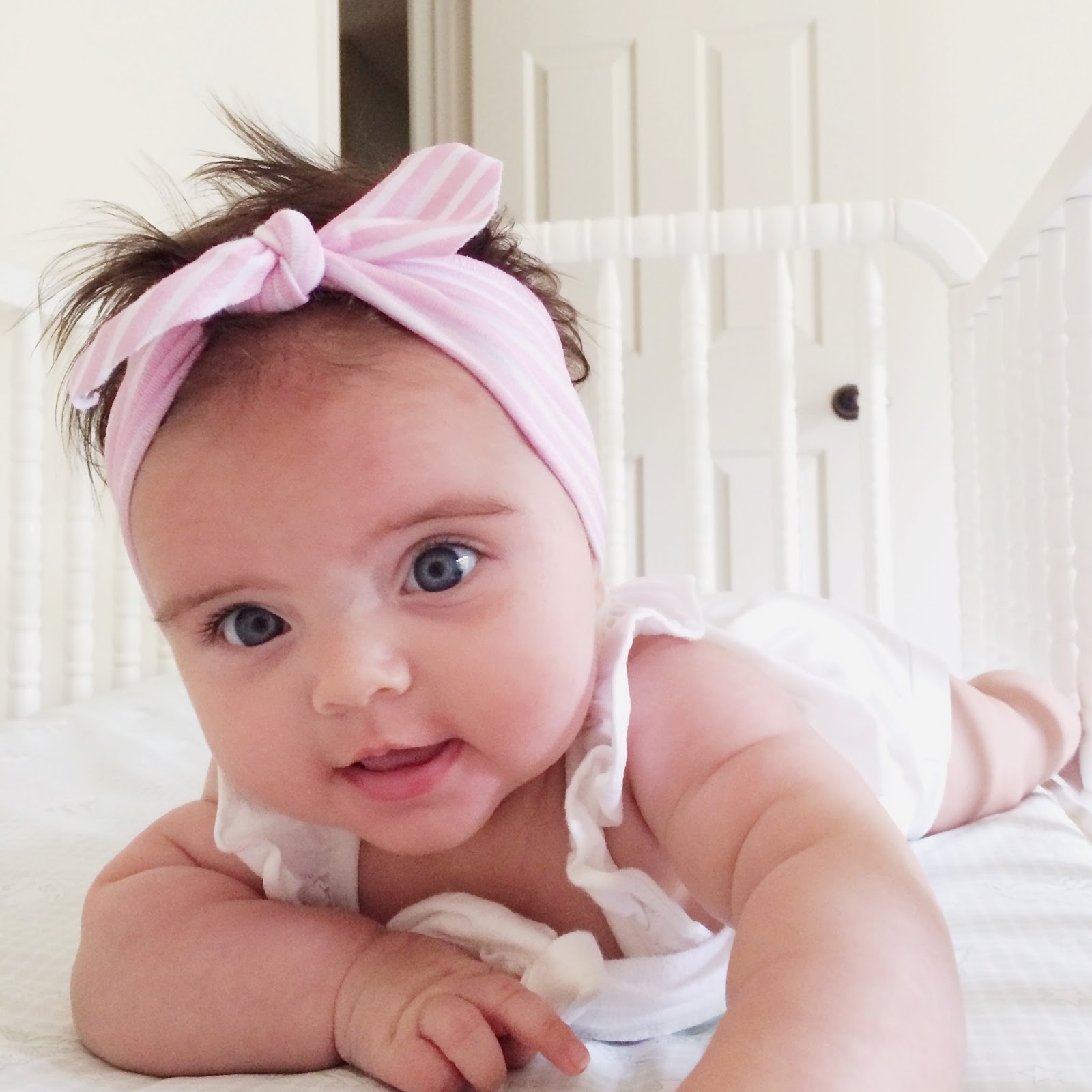 I hate to complain, that’s not really my style, but sometimes it’s nice to just put it out there. And to know that other moms are going through these same things. I mean, you are too, right? Your kids roundhouse kick their waffle fries across the back seat of the car too, right?
On a totally unrelated note, Eloise’s teeny tiny baby feet are almost fitting into some of her smallest shoes, these camo moccs being my very favorite. Just in time for Fall! 😉 We are off to meet dad for dinner, which of course calls for some mama + (littlest) mini matching. It also calls for tacos. And maybe a margarita. 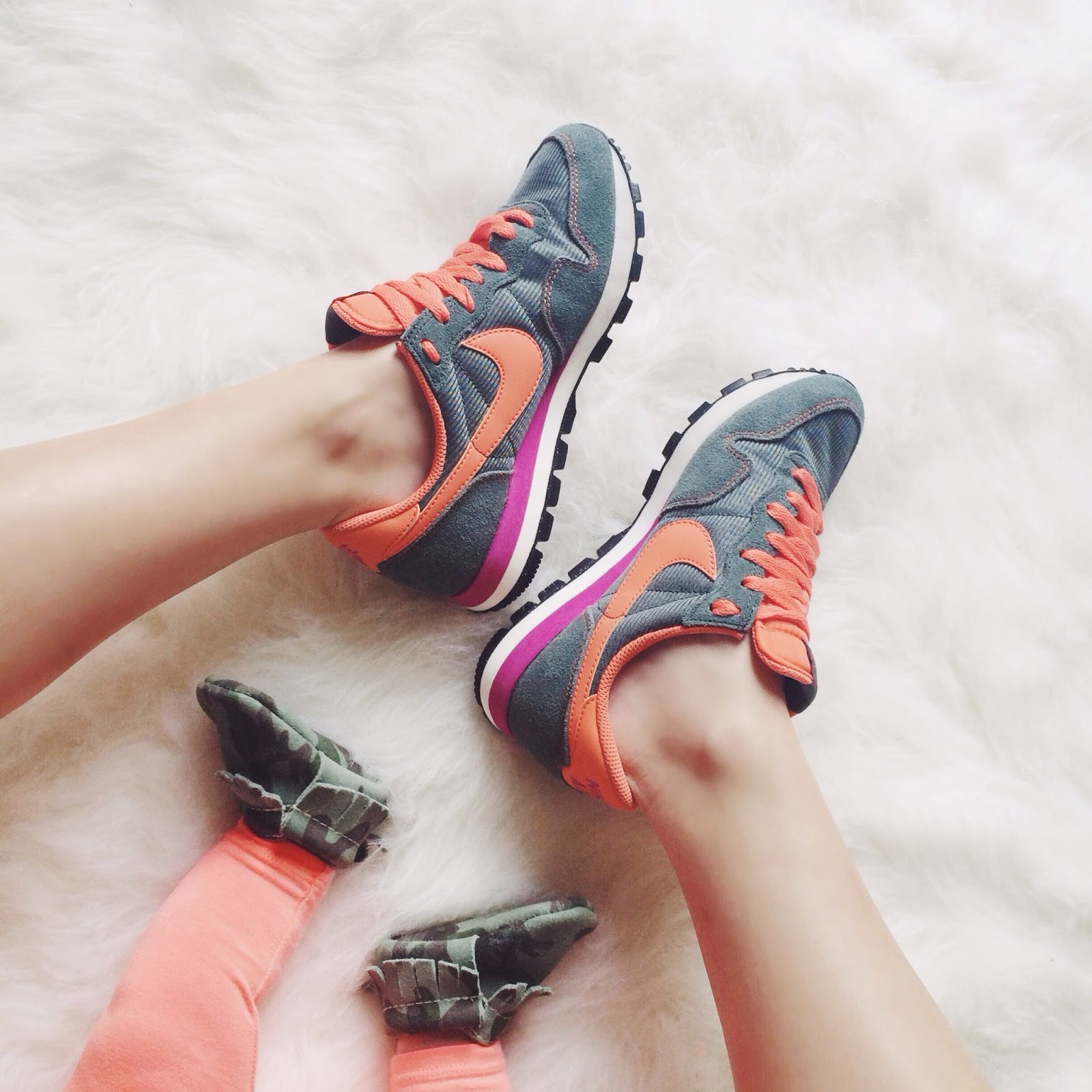 Green & Orange Nikes \ Camo Moccasins
Happy Tuesday to you & yours.
12