Just the Three of Us

Just the Three of Us

So far as a family of four, we have tackled the dreaded first grocery shopping trip, doctors office visits & even a few strolls around the block. All quite successful. But, yesterday! Yesterday was our first day home, just the three of us, which I was both terrified of but also looking forward to in a way. I have been excited to see how we would be able to make a routine together, but with this slow c-section recovery it has been hard to do everything that I want to, mostly picking up Harper when she wants me to.

We started our morning off snuggled in my bed watching Nemo, I fed Eloise, Harper ate cheerios & I guzzled my first cup of coffee. Harper wanted to hold her & they watched the movie like this together for a few minutes, I couldn’t take my eyes off them. Too much cute! Showering & getting dressed was totally out of the question, but at least the girls made it out of their pajamas. 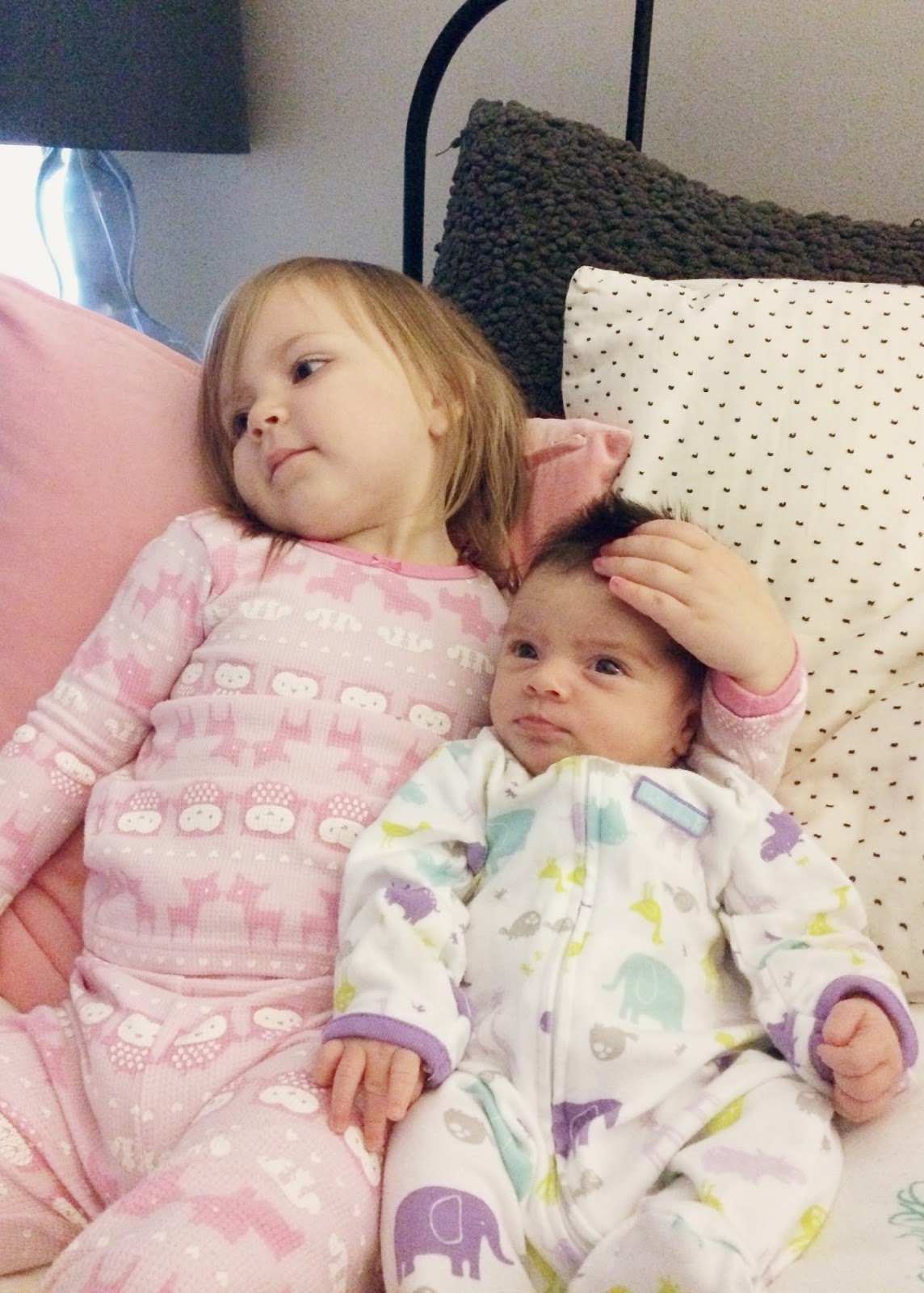 Eloise is taking cat naps most of the day, despite how much I try to keep her awake. It gives me a lot of one on one time with Harper though, which is so important right now. We kept busy with loads of sticker books (courtesy of grandmas), puzzles & playing dress up. She also wants to do everything I do, which of course had me laughing so hard when I caught her using my scarf to tie her cat stuffed animal to herself because that is how I have been wearing Ellie most of the time lately. I helped her get her scarf in position (instead of tucked into the back of her diaper like she initially had it) & she just loved it. 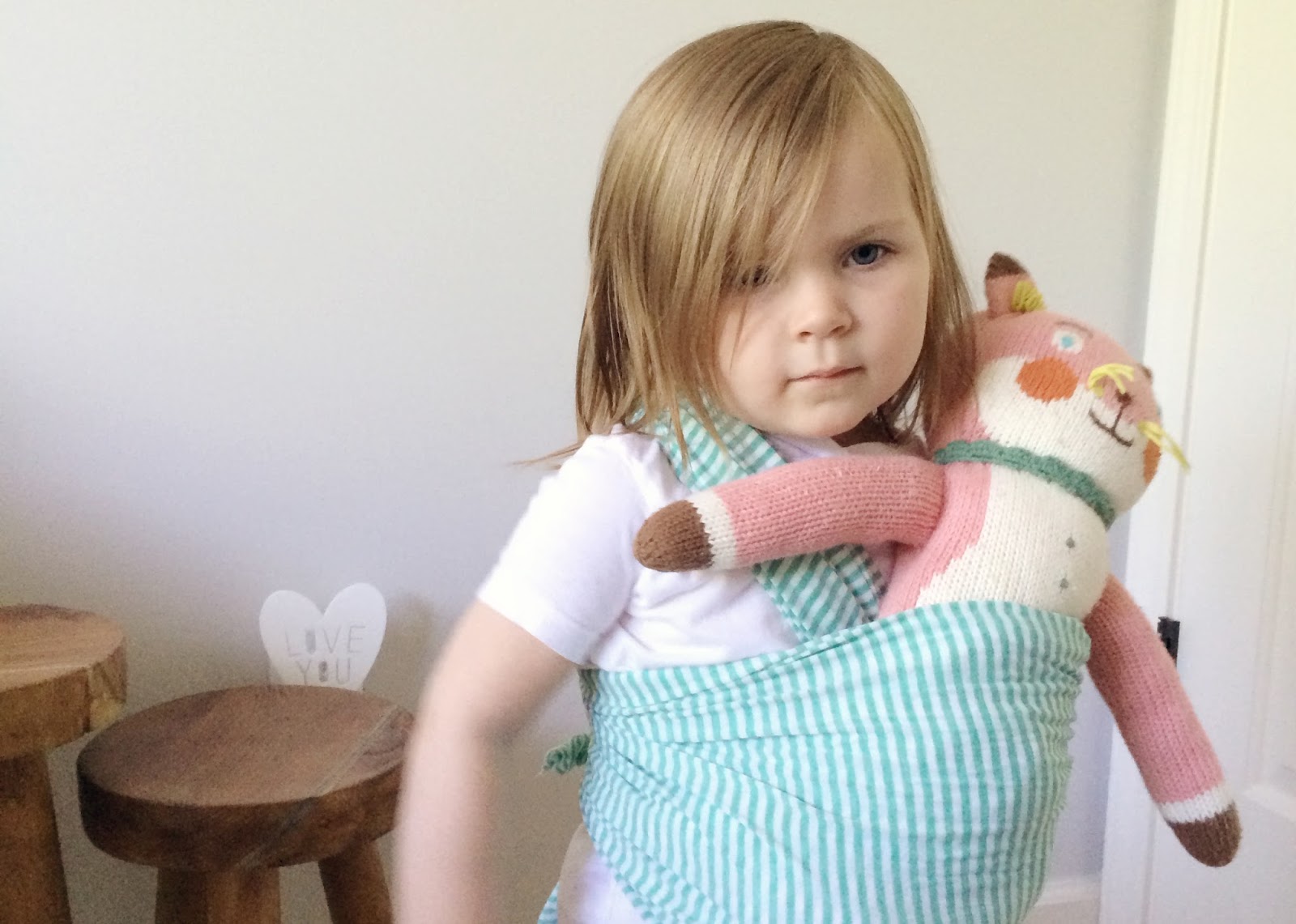 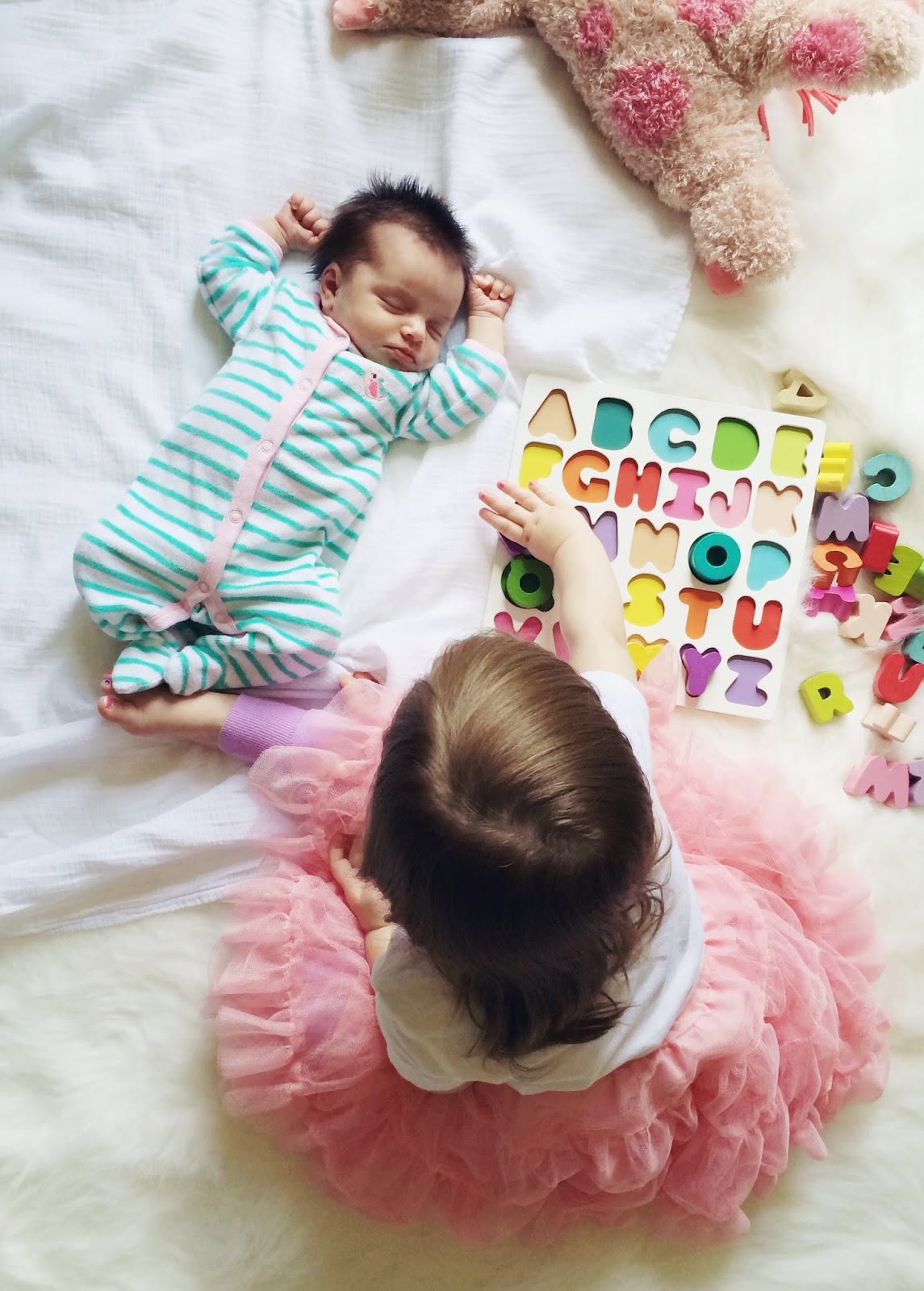 The hardest thing so far is being able to tend to Ellie’s feeding schedule while still being there for Harper, and re-learning how to do all things one handed. Their naps overlapped by about one solid hour, so I had a chance to pick up some of the messes, make a second iced coffee (amen!) & attempt to peek at my email inbox, although I desperately wanted to just take a nap with them. By the late afternoon, everyone was restless, including me, but we pushed through to the finish line by playing hide the Easter eggs for the 203984th time.
And then, when Brandon shot down the idea of “no dinner mondays” I took the laziest but most delicious route ever & made one of our old favorites, hot ham & cheese subs! I thought I would share because it takes approximately ten minutes from start to finish & all mamas need a dinner shortcut every now & then.
So. One loaf of Italian or Cuban bread from the bakery (cut lengthwise & lay open on a baking pan), layer with sliced ham (or turkey) from the deli, cover in shredded mozzerella cheese & broil for 3-5 minutes (watching very closely) until cheese gets melty. We like to add Marzetti’s ranch veggie dip & lettuce, but you can add anything you normally like for your deli sandwiches. 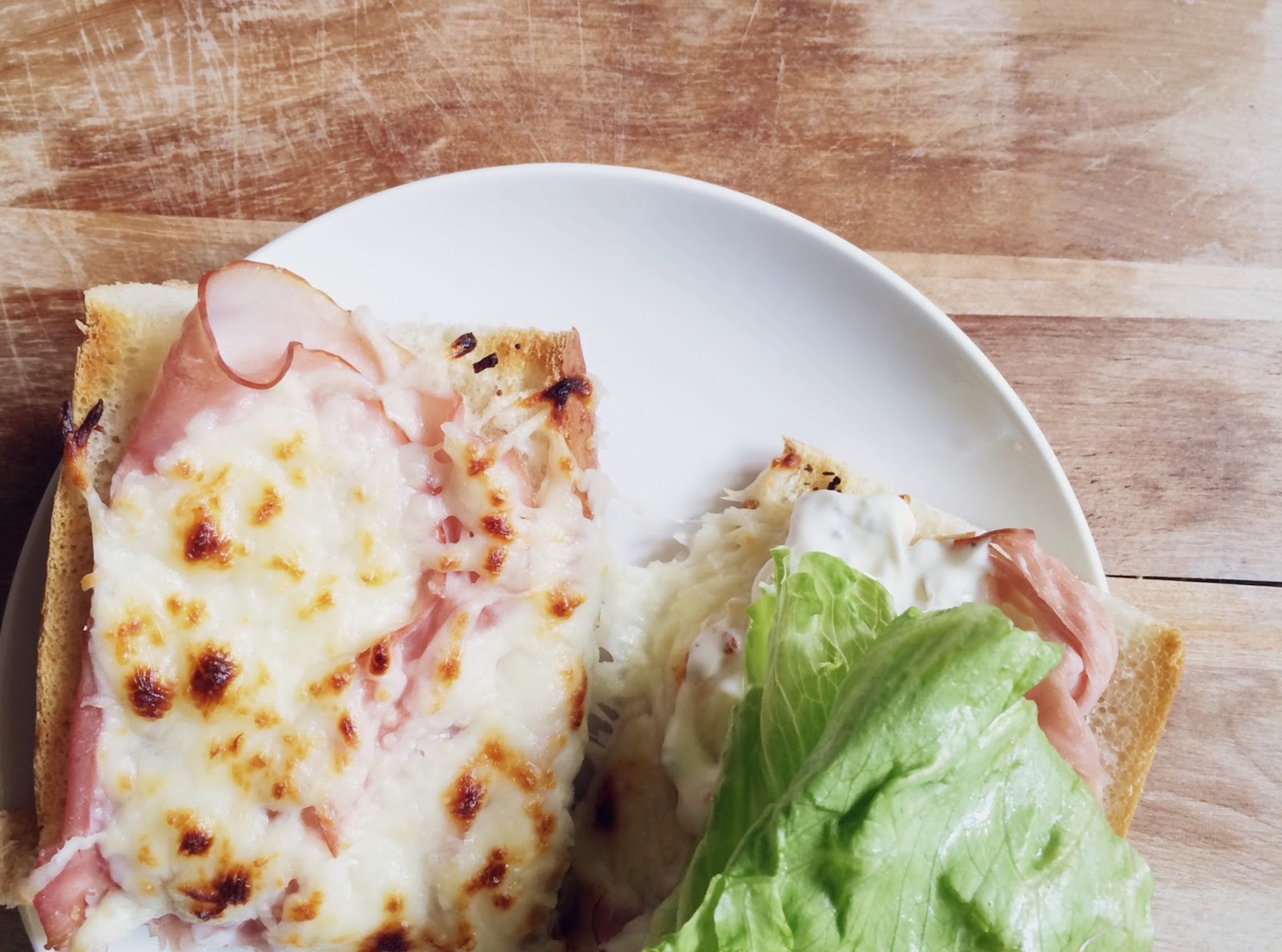 Overall, being outnumbered went better than I expected, but it won’t be long before we all go stir crazy if we are stuck in the house. I see frequent park trips & donut dates in our very near future. Things can only get better from here as we start to develop a routine, right? Or maybe they won’t, it is summer after all. Tis the season to be carefree! 😉 I would love to hear any tips from moms of toddlers/babies if you care to share!
2